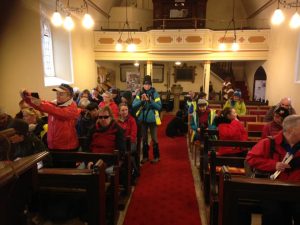 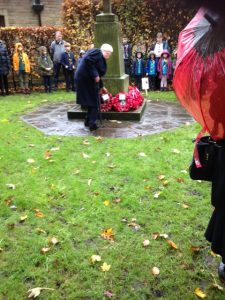 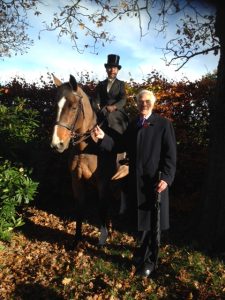 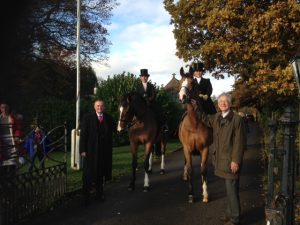 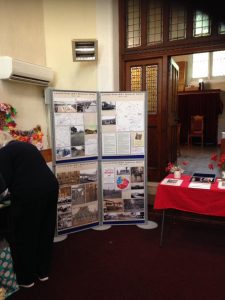 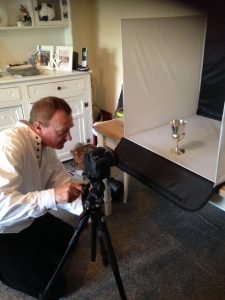 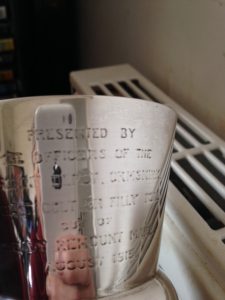 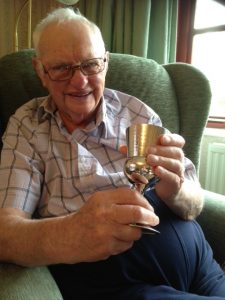 Dennis Booth with the Remount Trophy won by his Grandfather in 1915, the foal, Prince, lived until 1942

To celebrate the wealth of history in West Lancashire, a number of local groups came together on Saturday at the Lathom Hall Lane Scout Hut to present a joint celebration of that history.

Ormskirk Bygone Times, led by founder Chris Bentley, brought a large collection of artefacts and memorabilia which were as diverse as they were rare. A twin set of original cinema seats from the Church Street Regal; a collection of saddlers work, linked to the Lathom Park Remount Depot by the saddler Maurice Gloin stationed there in WW1. Various deeds and documents, amongst which was a George 111 indenture between Richard Wilbraham- Bootle and Mary Wilbraham-Bootle and a tenant named Hesketh, Richard Wlbraham of Rode Hall had married Mary Bootle, heiress to the Lathom Estates in May 1755, five years before George 111 came to the throne. The display drew much interest and Chris and his colleague Nigel were kept busy all day answering questions about the items on display.

Skelmersdale and Up-Holland Family History Society came along with a very personal subject for their display.  Chairman Bill Fairclough has acquired the detailed records of the military career of a great uncle of his wife, the man was William Pye of Bickerstaffe, who was KIA in 1915. The display included the full trio of medals awarded to William posthumously.  The society was also able to find several records from amongst their published catalogues of Monumental Inscriptions for visitors with Skelmersdale connections.

Westhead Village was ably represented by local historian Peter Arnold, Peter has a personal collection of photographs, postcards and books related to the History and Heritage of Westhead and Lathom and he was busy with many enquiries. The book ‘Westhead, 100 years of Village Life’ was available on Peters stand and it proved very popular.

NW Heritage, led by Paul Sherman, came along to promote the Lathom Digital Project ,the digital recording via photography or scanning, to create a comprehensive digital archive which will be hosted by the National Archive and will be free to access. Assisted by LPT Trustee Ross Duggan, Paul was kept busy recording documents and other objects brought in to demonstrate the project and its capabilities and potential.

Friend of NW Heritage and Lathom Castle archaeologist ,Robert Travis, came along as a living history exhibition, he was kitted out as a medieval soldier in the service of Sir William Stanley KG, who switched sides at the Battle of Bosworth to support his brothers step-son, Henry Tudor.

The Preston Lace Makers group was represented by skilled bobbin-lace expert Valerie Stirling, Valerie brought a small exhibition of traditional and modern lace patterns and product and drew quite a bit of interest as she worked her sample lace during the afternoon.

Lathom Park Trust Trustee Pam Nansen brought a scale model of Burscough Priory,the model has recently been on loan to the Atkinson Gallery in Southport. It sat well with a display of special finds from the 2009 dig at Lathom Park, when the Trust uncovered some fascinating archaeology and some very special relics from centuries earlier.

Local stonemason Ken Hughes set up his workshop under a marquee in the Scout Hut car park as the heavy rain was not going to ease. He drew quite a bit of interest from the visitors and his craftsmanship and skill was much admired.  Stonemasonry was a huge operation in Lathom with quarries at Ruff Wood and Dalton producing stone to build the Lathom House of 1725-1740. It must also be the case that stone was quarried locally to build the large Lathom ‘Castle’ and the Lathom Park Chapel for Sir Thomas Stanley in the late 15th Century.

The open day completed a week of events under the Heritage Open Day banner, these included a coach trip to Knowsley Hall to view the dress collection of the Countess on display for the first time, a talk by NW Heritage archaeologist and mastermind Paul Sherman, which proved fascinating, and then the Friday night lecture in the Chapel ,attended by Lord Derby , given by author Nathen Amin based on his House of Beaufort book. All were well supported and well attended by visitors and Trust members and the Trustees would like to thank those who did attend for their continued support. 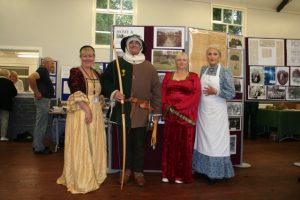 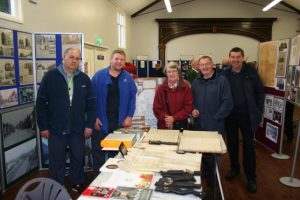 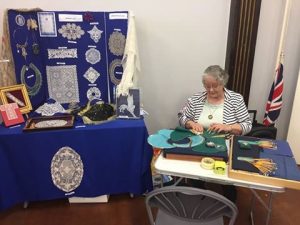 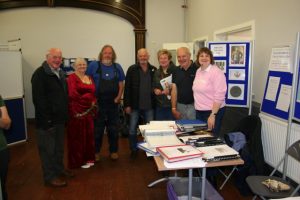 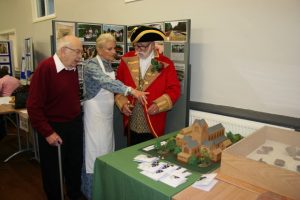 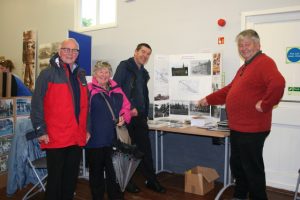 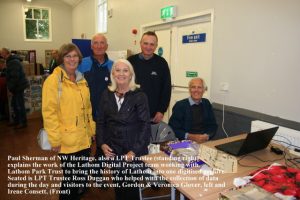 Lathom Park Trust will be hoping to offer a un...
View All
fence installation