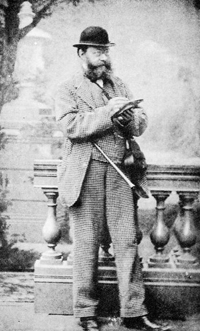 A few years ago we were contacted by Charles Nugent, an independent art historian, formerly the Drawings and Watercolours Curator of the Whitworth Art Gallery in Manchester, who was in the process of sourcing material for an exhibition of the landscape art of Edward Lear, to be held at the Wordsworth Trust, Dove Cottage, Grasmere. The exhibition was to focus on Lear’s visit to Ireland in 1835 and his tour of North Lancashire, Westmorland and Cumberland in 1836. Many of the works for the exhibition had never been seen or reproduced before and we were surprised and delighted to be informed that two of the pictures were of Lathom (one of Lathom Chapel and School, drawn on 17th September, 1835, and one of Lathom House, drawn the following day).

These are in the private Hugh Walpole collection at The King’s School, Canterbury, and the Lathom Park Trust now has special permission to reproduce these drawings. Edward Lear was a prolific and talented artist, cartoonist and poet, but he is probably most well- known for his nonsense poem “The Owl and the Pussy Cat”. He was born in 1812 in Highgate, London, and died in 1888 in San Remo, Italy, where he is buried. He never married.

He spent his young adulthood working primarily as an animal artist and it is thought that whilst he was painting parrots at the Zoological Society of London in 1831 for his Illustrations of the Psittacidae or Parrot, {published in 1832) he met Edward Stanley, 13th Earl of Derby. Lord Derby had a large private menagerie of birds and animals at Knowsley and he invited Lear to draw some of them. Lear stayed for long periods over several years at Knowsley and became popular with the family. His cartoons and poems written especially for the Derby children included “The Book of Nonsense”, Lear was introduced by the Earl to many of the grand households and families in Lancashire and Cheshire, and it was natural that he should be regularly invited to Lathom House by Baron Skelmersdale, a close relative by marriage of the Derby family.

Lear was also a prolific letter-writer and in one of his letters, dated 19th May 1837, from Knowsley Hall, to Fanny Coombe nee Drewitt (a childhood family friend) he writes “Although I wrote to you yesterday: there is a possibility you may not have got my note. as I forgot to  take it myself to Lord Skelmersdales, & the porter at Grosvenor Sqre may have been oblivious anent its being put in the post I lunched with 8s took leave of the Lathom people, but they were all in a bustle going to the drawing room, so I could not ask them to frank it just then/’ This letter is one from a collection held in the Frederick Wame Archives.

The present (19th) Earl of Derby still owns the 13th Earl of Derby’s original paintings and books, including many of Leaf’s original paintings of animals, but when the 13th Earl died in 1851, his museum, which included the skins of many of the aviary and menagerie animals and which had been earmarked for the British Museum, was instead bequeathed to the people of Liverpool.

The collection was the foundation of the Liverpool Museum (now National Museums Liverpool). 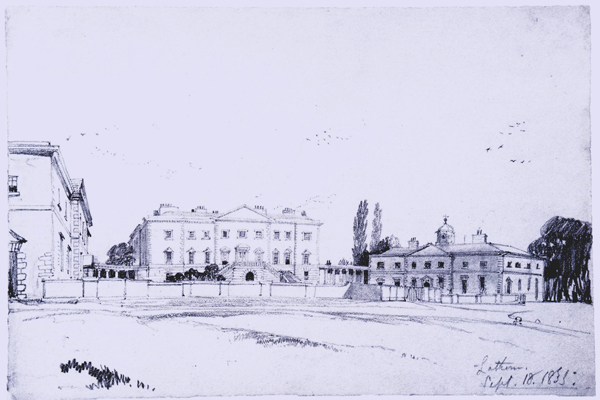