Lathom today is a pleasant rural parish located to the north east of Ormskirk, in the gently undulating coastal plains of West Lancashire, with a population of around 1000 people. It is not a town or even a village, but it is a dispersed rural settlement of farms and groups of houses, dissected by the Southport to Wigan railway line and the Leeds to Liverpool canal.

To the casual passer-by, there might not appear to be a great deal else to Lathom, and certainly nothing of particular interest, but anyone who looks a little harder will find multiple layers of history of national importance, embedded in its buildings and landscapes.

Lathom was certainly settled in prehistoric times when it was a more hospitable place on the edges of the marshland than the much bigger Martin Mere. The area has been continuously occupied since by farmers, working the land.

The vernacular farm buildings of Lathom can reveal much about the local people, local buildings and methods of construction. A recent vernacular building survey showed considerable evidence that there was also a Roman presence in Lathom. A hoard of Roman coins was found in 1949 and, in 1999, firm evidence of a Romano-British settlement was discovered in Lathom as soldiers ventured away from their well worn highway between Warrington and Ribchester.

Lathom was also home to epoch-making lords in their castles, knights in their mansions and famously two noble ladies who broke away from the conventional mould.It is these aristocratic leaders, their homes and estates that provide a most spectacular history of Lathom.

Recent archaeological work in Lathom shows that the earliest people living here were prehistoric hunter gatherers, perhaps as long ago as 5000BC. 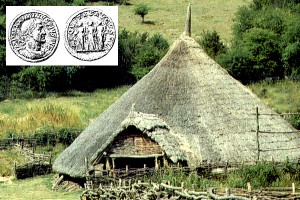 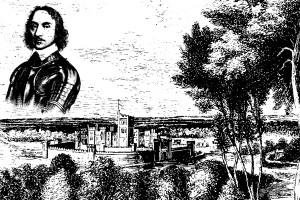 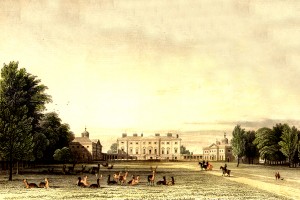 Leoni’s classic Palladian Lathom House on the site of
the original Medieval Palace Fortress. Only the West
Wing now remains 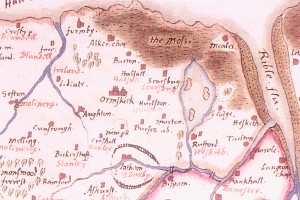