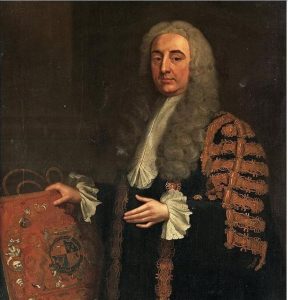 Sir Thomas Bootle, 1685 – 28th Dec 1753. Sir Thomas died without issue, his brother Robert Bootle inherited his estate and this made Robert’s daughter Mary Bootle the heir to Lathom. Mary married Richard Wilbaraham of Rode Hall, Cheshire, on the 31st May 1755. Under the will of her Uncle Sir Thomas Bootle, Mary and her new husband had to keep  the name Bootle after marriage and therefore they were named Wilbaraham-Bootle.  Richard and Mary had 8 children, all born at Lathom House. Mary died on the 20th April 1813 and is buried at Asbury, Cheshire. 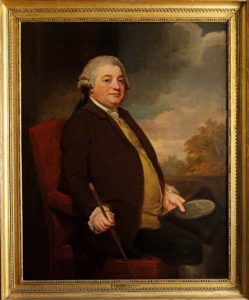 The children of Richard and Mary Wilbraham- Bootle were: 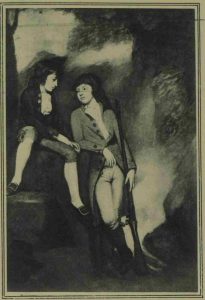 Edward Wilbraham-Bootle (7th March 1771-1853) inherited the Lathom Estates on the death of his father in 1896. Edward changed the order of his surname to Bootle-Wilbraham by Royal License on the 8th Dec 1814. He was created  1st Baron  Skelmersdale on 30th January 1828 whilst in service to King George 1V.  He was Warden of the Cinque Ports at the time of the Coronation of William 1V in June 1830. He was the MP for several constituencies, including Dover from 1818-1828. 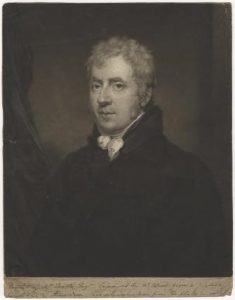 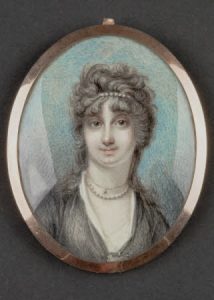 Edward and Mary Elizabeth had the following children; 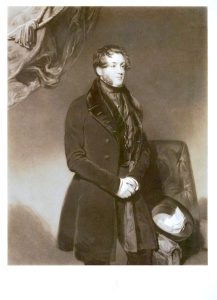 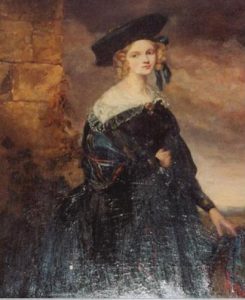 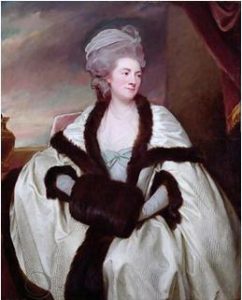